Ireland’s eight annual Quintessence Breastfeeding Challenge, organised by Friends of Breastfeeding, who recently awarded Sabina Higgins with their award for Breastfeeding Advocate of the Year, will have it’s highest number of participating venues across the country ever this Saturday 29th September.

The event will see hundreds of mothers coming together in public locations, to breastfeed their children together simultaneously at exactly 11am sharp, in an effort to normalise breastfeeding and to put a spotlight on breastfeeding support. Record numbers could be taking part to breastfeed en masse to kick off National Breastfeeding Week.

Despite the fact that Ireland has one of the lowest breastfeeding rates in the world, previously during the Quintessence Breastfeeding Challenge, Irish mothers and babies defied the statistics to win 1st and 2nd place in the world. The Challenge takes place annually across the globe. Irish charity Friends of Breastfeeding is coordinating the Irish leg of the challenge in public venues nationwide, bringing together hundreds of children breastfeeding simultaneously in public spaces.

The challenge also kicks off National Breastfeeding week, and mothers who want to get involved in any of the 27 venues to be counted will be helping to break records while normalising breastfeeding. Previously, Ireland was second in the world for the number of venues participating, and 536 is the highest total figure of mothers taking part from Irish results this years figures could be even higher with the most venues then any other year. When Ireland came 1st in the world for the largest number of children breastfeeding at the one location in 2012, the top place was reached by Citywest, Dublin where 175 mothers and babies took part to all breastfeed in the same place at the same time. The mothers and babies who took part in previous years, were surrounded by their fathers, grannies and older siblings in what was very much a family event.

Friends of Breastfeeding decided to start running the Challenge here as they are passionate about fostering a more positive breastfeeding culture, and want to break down the barriers to women’s free choice. Irish mothers need support on their breastfeeding journey and it’s a goal of the charity to provide that support. In Ireland, a mother’s right to breastfeed in public is protected by Irish law, yet for cultural reasons, Irish mothers often feels less comfortable than their international counterparts.

Jennifer Phillips, Chairperson of Friends of Breastfeeding, says, “High profile public figures have been subject to negativity in the past when publicly feeding their babies, yet enormous support can be found in this country for Irish mothers to have the breastfeeding experience they choose. We want to bring those mothers together, show people the community of support that does exist and normalise breastfeeding while we are at it.” 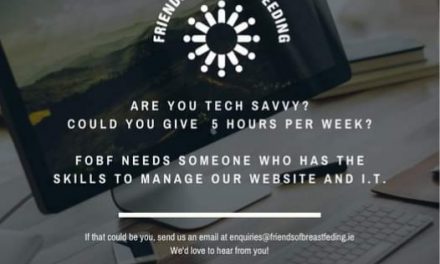 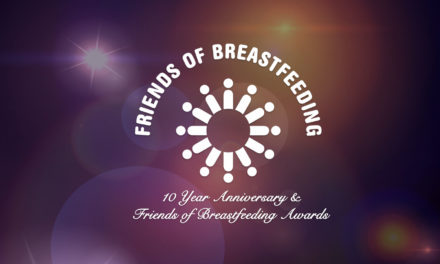 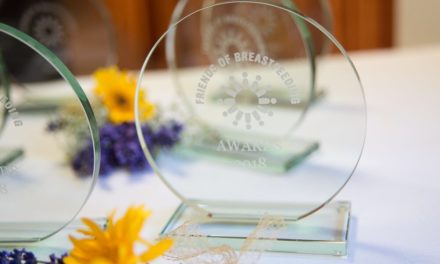 The Friends of Breastfeeding Awards